Pirelli has developed its most performance-focused road tire yet for the new Pagani Huayra. The Huayra Roadster BC, which debuted this week, will be fitted with P Zero Trofeo R tires in size 265/30 R20 at the front, 355/25 R21 at the rear.

To ensure the tires could handle the performance of the twin-turbo V12 six-liter engine, which produces 800hp and 1050Nm of torque, Pirelli’s engineers had to take a different development path to usual.

For the first time, engineers from the two firms began by using the modeling and predictive simulation to create initial designs, relying on the same techniques that are applied in the engineering of the P Zero tyres for Formula 1.

The two teams first chose a new size for the front tire, with wider channels, a bigger cord, and larger rims. This enables an increased contact patch, which has the added benefit of greater strength to support the extra aerodynamic downforce.

Driving dynamics have been improved, thanks to less sliding due to the stiffer tire structure. As a result, the Roadster BC has a sharper turn-in and exhibits a more linear driving style and less tendency toward understeer. 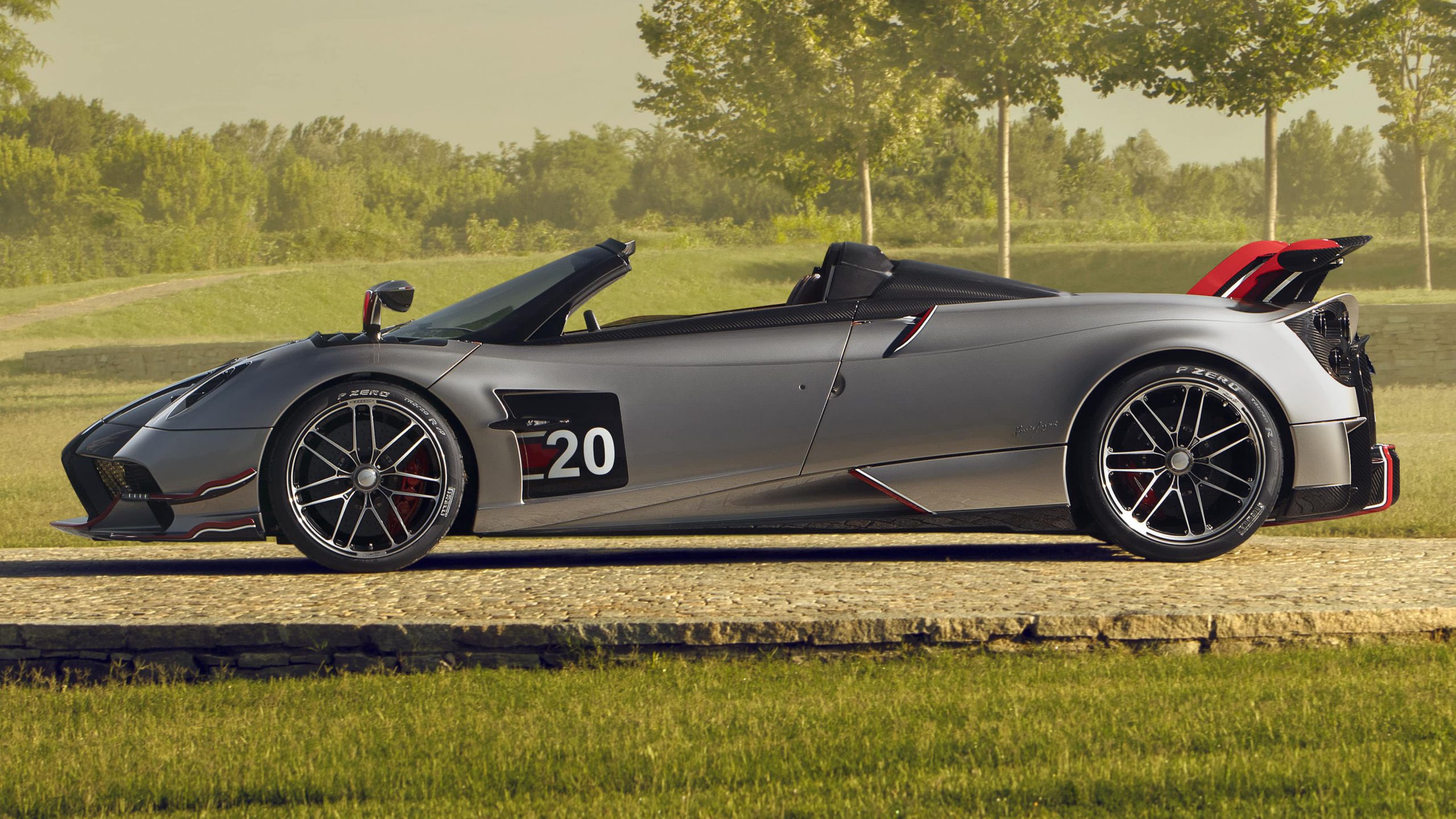 Another advantage of the increased tire size is better braking: the Pagani Huayra now manages to pull 2.2g under braking. Work on the new P Zero Trofeo R front also meant that the rear tire had to be revised to maintain the right balance between the two axles. Pirelli’s engineers modified the tread pattern design – laying it out differently and increasing the size of the blocks as well as the longitudinal grooves – which has resulted in better traction under acceleration: a like-for-like improvement of 7%.

“We’re proud to celebrate more than 10 years of mutual respect and partnership with Pirelli, in a shared mission for constant improvement,” said Horacio Pagani, founder and chief designer of Pagani Automobili. 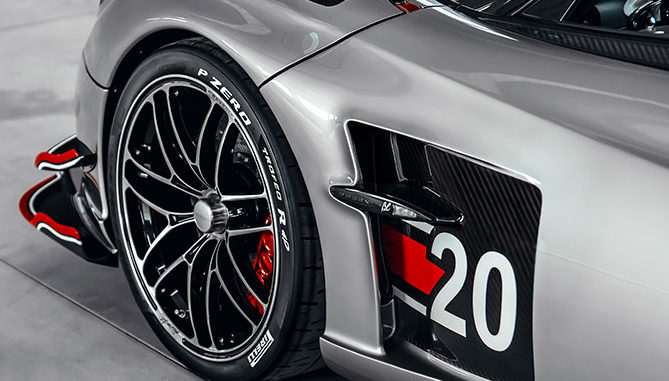 “One of the objectives that we set ourselves for the new P Zero Trofeo R was for it to provide a good feel through the steering wheel – as if your hands are gripping the road. The know-how and ability of Pirelli’s engineers have made this a really communicative tire, which lets you know exactly when you are approaching the limit of adhesion.

Marco Tronchetti Provera, Pirelli’s chief executive officer and vice-chairman, added, “Horacio Pagani always sets some great challenges. Every time we work together, we find ourselves facing exciting new limits to overcome. This is an amazing inspiration, which allows us to carry out research and development with an extraordinary partner. Pirelli consistently strives for technological excellence in every product. Every project with Pagani always brings us something new.”