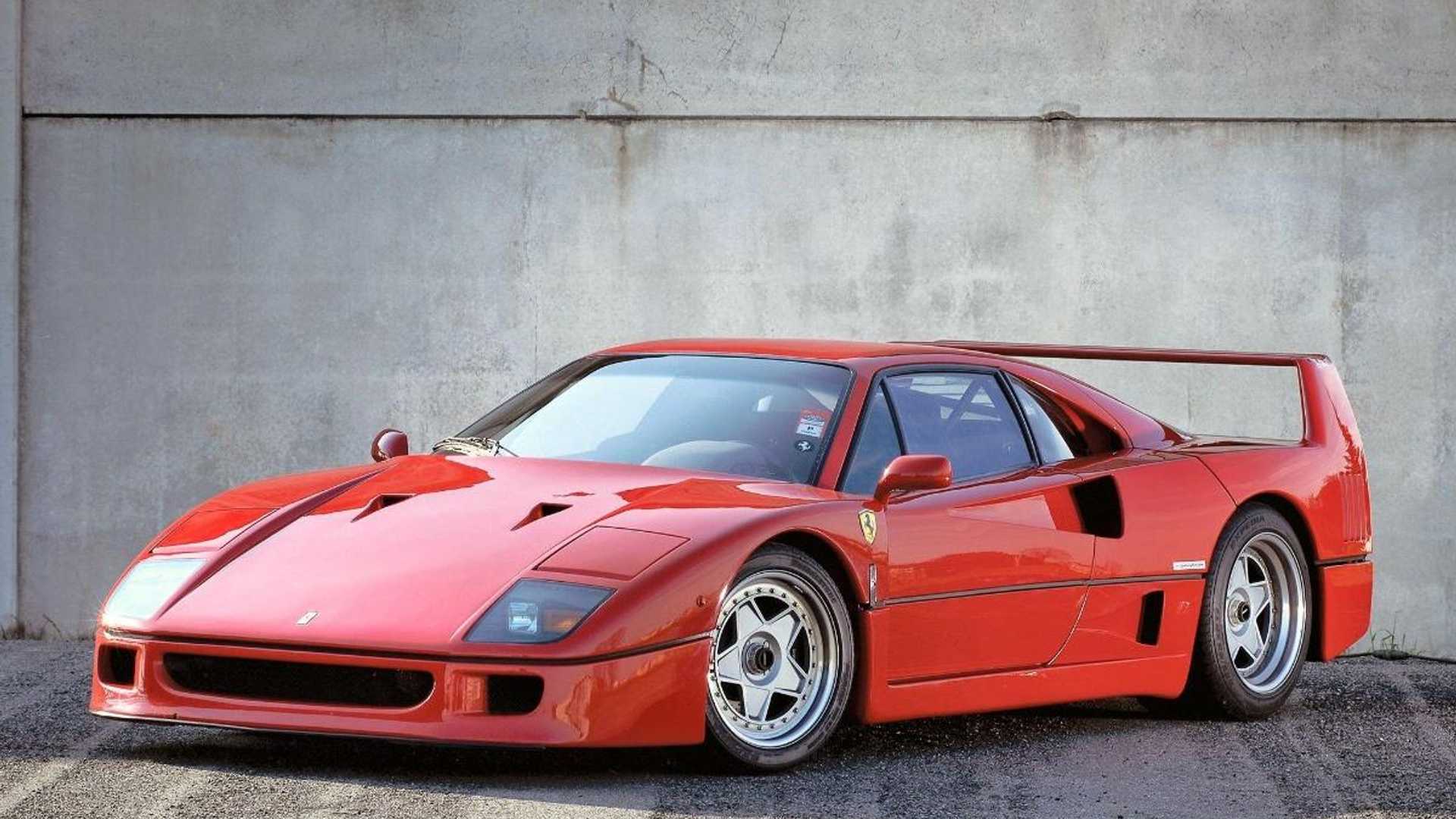 It was the definitive poster car for any Eighties-born gearhead, and the magnificent Ferrari F40 still belongs on all the walls. Created in 1987 as a successor to the 288 GTO, the sleek mid-engined Berlinetta celebrated Ferrari’s 40th anniversary. It was also the last vehicle to be personally launched by il Commendatore, Enzo Ferrari himself. Here, 16 interesting facts and stats about one of Maranello’s finest, rawest, and most visceral Prancing Horses.

Ferrari wanted to build something capable of eviscerating the Porsche 959

In 1984, Ferrari-factory engineers had locked their sights on a target in the FIA Group B group, the Porsche 959. The Germans had built the world’s fasted street-legal production car (it hit 197 mph), and Ferrari had, uh, noticed. But when the FIA eliminated Group B in 1986, Enzo was left with five 288 GTO Evoluzione development cars and nowhere to race them. He (thankfully) decided to blow out the production and make it a road-legal machine.

When ultimately presenting the F40 to the world, Enzo succinctly told the assembled crowd of journalists: “I expressed my wish to the engineers—build a car to be the best in the world. And now the car is here.”

The mill behind the driver’s head is a 2.9-liter twin-turbocharged and intercooled V-8. It began as a 288 GTO engine, but enlargement and other tweaks saw the version that was finally deposited in F40’s bay packing 471 hp and 426 ft lbs of torque. The F40 offered an impressive zero to 60 mph time of 4.2 seconds.

Many F40s had slightly different gearing and torque curves

And power output. Some manufacturing hiccups saw different—though not dramatically so—stats when various F40 examples were dynoed. Until 1990, the F40 was built without a catalytic converter, at which point the U.S. required the inclusion of the device for emissions purposes.

Only 400 F40s were originally planned to be built

However, the clamoring demand was too hard to ignore and more were manufactured

Understandably, far more than 400 clients wanted an F40, so after that self-imposed production cap was reached, Ferrari just kept building units. When all was said and done, 1,315 F40s were made, 213 of which reached the United States.

Sadly, one F40 just burned to the ground in Europe

In late February of 2020, plenty of phones captured the tragic sight of one F40 completely engulfed in flames in Monaco. Despite some heroic efforts with garden hoses, the F40 burned to a crisp.

What’s a Ferrari F40 worth today?

About $1.5 million, although the price fluctuates. Back in 1990, Formula 1 champion Nigel Mansell bought an F40 for a record price of £1 million (about $1.7 million, then). That record held for more than three decades, when it was unseeded in the 2010s. Today, you can find the Ferrari F40’s worth hovering around $1.4 to $1.7 million dollars, per recent auctions and sales.

You can definitely buy a Ferrari F40 today

There’s a simple reason for this. Less than two liters of red paint were used on many of the early F40s. Why? To save weight. (Yes, seriously.) The paint spray was so thin that the weave of the body, made of Kevlar, was visible through the coat. When the deliveries started, many customers found that undesirable, so the cars were resprayed with thicker coats. Therefore, the units that still bear original, light paint are more desirable to collectors and subsequently worth far more.

The F40 has no driver aids

If the paint was sparingly applied in a bid to lower the car’s weight, nearly every other creature comfort and driver aid was eliminated under similar thinking. That means no ABS (the F40’s brakes aren’t even power-assisted), no power assist in the rack and pinion steering, and no air-conditioning system, carpets, door trim, or door handles. There wasn’t even a radio offered. Later, for the U.S. market, air-conditioning units were added because the cabin simply got too hot from the engine.

All the deletions make the F40 supremely lithe

A tubular steel chassis and the Kevlar body panels, in concert with the removal of all other non-essential bits, leave the F40’s curb weight clocking in at 2,433 pounds. This was leaps and bounds ahead of its nearest competitor, the Porsche 959, which rang the scales at 3,214 pounds.

Gordon Murray, father of the iconic McLaren F1, tested the F40 for Motor Trend back in 1990 and noted that little else was magic beyond the lightness. “[Ferrari] is asking two- and three-inch-diameter steel tubes at chassis base level to do all the work, and it shows,” Murray said. “You can feel the chassis flexing on the circuit and it wobbles all over the place on the road. It really does shake about. And, of course, once you excite the chassis, the door panels start rattling and squeaking.”

Ferrari did not care about any F40 criticisms

A marketing executive for Ferrari is quoted as having said, “customers had been saying our cars were becoming too plush and comfortable. The F40 is for the most enthusiastic of our owners who want nothing but sheer performance.”

For the supremely hardcore, 10 examples of the F40 Competizione were created

The F40 wasn’t wild enough for some Ferrari owners, so the marque offered a handful of F40 Competiziones. The first two were dubbed F40 LMs (Le Mans), though Ferrari later thought that attaching the name to the iconic endurance race was too limiting, so it retitled them “Competizione.” The upgrades to the engine resulted in a whopping 691 hp and a reported top speed as high as 228 mph.

You can build your own F40

Thanks to a partnership with Legos Creator Expert line, if you’ve got the time and patience, you can create a serious and detailed F40 replica. The $299 kit has 1,158 pieces, and the resulting model is nearly a foot long. Like it’s real-life cousin, it’s also retired from production.